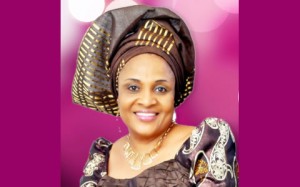 When, some days ago, PM News reported that the wife of the Oyo Governor, Abiola Ajimobi, had been arrested by London’s Metropolitan Police for money laundering, the state’s government pushed back immediately and threatened the publication with a law-suit, while denying the story in its entirety. In addition, the first lady, Florence Ajimobi, told journalists that she has “never” had an encouncer with the Met police.

As things would turn out, the report by PM News was apparently, unfounded. This is evident in the fact that PM News has tendered an apology to the Oyo state First Lady and their readers for the misleading information. The contents of the apology partly read:

“… In line, with journalistic best practices, management wants to formally disassociate pmnewsnigeria.com with the content of this story and apologise to Mrs Ajimobi and all our readers for this reportorial error… One salient point that we want to make, as management, is that pmnewsnigeria.com did not deliberately go out of its way to seek to malign Mrs Ajimobi or bring her into public opprobrium. Its story was not also the product of any political machination… The quest for the truth in the public interest is this website’s duty. It is what the site pursued in the case of Mrs. Ajimobi.”