Home Entertainment My Ideal Woman; Somebody Who Has Inner Beauty, Not Really An Outside...
Facebook
Twitter
WhatsApp 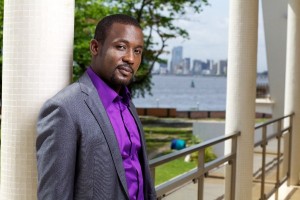 Joseph Benjamin has risen so fast in the Nigerian entertainment industry. He’s arguably the hottest property in the industry now with award-winning feats in movies like Tango With Me and Mr & Mrs. To add to this blistering CV, he co-hosts MTN Project Fame West Africa, and he just recently got another endorsement from telecommunications giant, MTN, and he attributes his success to God.

Although, the Nollywood star broke the ice on his relationship status recently while shedding light on rumours surrounding his marriage and subsequent separation, he is not available though single.

Benjamin told Bella Naija; “I’ve been separated for a year now but we still keep a good relationship, and our separation was a mutual agreement. She is a good woman but I could not go on with the union anymore seeing the foundation it was built on was untrue. I have two wonderful children – a ten year old daughter and a seven year old son. They are an integral part of my life; their mum and I have a very good arrangement on how to balance their lives and make sure that psychologically they are stable and unaffected by our separation.”

Joseph Benjamin said they both started from the scratch when they married and she wasn’t richer nor did he marry her because of money.

To Joseph Benjamin, marriage is serious business which should be taken seriously.

“Marriage to me is ‘work.’ It is a big journey which can only be accomplished by two people who agree to come together for the journey in love. Love for me is beyond the word, it is an act.

“It is a journey and you have to totally understand the second person you want to embark on the journey with. For me, I am not available for now,” Joseph Benjamin told Showtime.

Benjamin says there is no woman in his life right now, but he disclosed to Showtime the kind of woman that may catch his fancy.

“For me, an ideal woman is somebody who has the beauty right from inside, not really an outside beauty. I mean one who understands life and who has passion for God. I do not like a woman who is materialistic but she has to look good. I’ m not really carried away by outside beauty but it is an added advantage,” Benjamin said.

After working with stars like Genevieve Nnaji, Desmond Elliot, Nse Etim-Ekpe, Chioma Chukwuka-Akpotha , Ini edo, and Justice Esiri, Benjamin says he would love to work with Pete Edochie, Olu Jacobs Rita Dominic, Omotala Jalade and Stella Damasus. “I would also like to work with my sister from Kogi State, Mercy Johnson.”

Benjamin’s driving force he says “is to surpass every standard I have set for myself at every point in my career. I am also driven by the goal to achieve excellence that always pushes me to go beyond my limit. I always like to push myself to the edge.”

Now that we know you are single Ben, gear up for more calls.