The National Assembly has has received about  56 requests for state creation from the various parts of the country. This was disclosed by Deputy Senate President and Chairman of Senate Committee on the review of the 1999 Constitution, Senator Ike Ekweremadu. 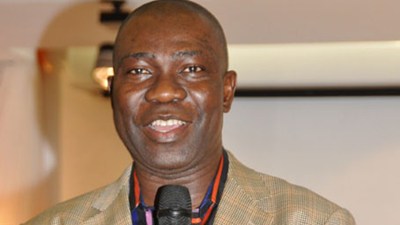 Ekweremadu made this disclosure while speaking at his Enugu residence, where he played host to some political leaders and traditional rulers from the various communities within the five local government areas of his senatorial zone. This is even as he assured Nigerians that the National Assembly would not fail in its ongoing review of the 1999 Constitution.

while urging the people of the South-east region to allow their leaders to take decision on the issue, informed the people of the forthcoming nationwide two-day simultaneous zonal public hearing slated for November 15 and 16.

Ekweremadu, who represents Enugu west senatorial district in the National Assembly had during the brief meeting, said though a lot of issues such as devolution of powers, recognition of the six geo-political zones in the constitution, role of traditional rulers, local government, land use act, fiscal federalism, Nigeria Police, the National Youth Service Corps (NYSC) Act, amongst others were highlighted, the issue of state creation remained one of the most serious and sensitive matters hence, people must guide their statements on the issue.

Ekweremadu also used the occassion to list the provision of electricity, water, Information Communications Technology (ICT) facilities, roads, multi-purpose halls, among others as some of his constituency projects. He also announced that plans by the FG to award the Nenwe/Oduma  road project in Aninri local government area of the state at the cost of N12 billion, had been concluded.