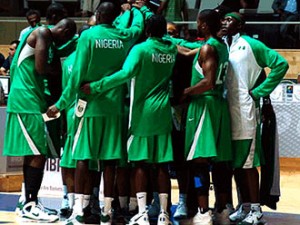 It’s being reported that Nigerian International guard Chinedu Onyeuku has passed away although details surrounding his death are still sketchy at the time of this report.

Nedu whose last national team outing was in December, 2011, was born 1993 in Lagos before moving to the US at the age of 6. He earned his first invitation to the national squad, D’Tigers in 2009, and he was one of those that paved the way for Nigeria’s participation in the last summer Olympic games as a member of the team during the FIBA Africa Championships where he averaged 3 points per game. A standout at Illinois State University,  Onyeuku spent time playing in the ABA, Germany, and Libya.

According to a statement from the NBBF signed by its Scribe, Francis Gbiri, “Nedu’s passion for playing with D’Tigers was deep-seated and he will be greatly missed. The federation joins his family and team mates to mourn a departed son, father, husband and great patriot”.