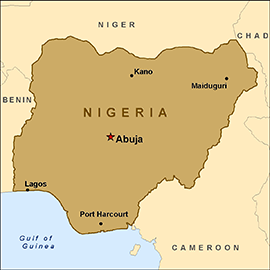 A lot of Nigerians have bragged about how the country is so intertwined and “united” that it is virtually impossible to divide the country. The latest of such claims from a prominent Nigerian came from the very last military administrator of the country, General Abdulsalami Abubakar.

However, the picture we see from day today tells us something totally different. So, where do these people get their own information from? Or do they make these claims by faith? Whatever the case might be, those at the helms of affairs of the country know exactly where e stand when it comes to the unity of the country, yet they chose to tell Nigerians different stories.

At a press conference to flag off the forthcoming Senate zonal public hearing on the review of the constitution, the Deputy President of the Senate, Senator Ike Ekweremadu, has revealed, among other things that there are at least 56 requests for the creation of new states, adding that 241 memoranda have also been received from Nigerians to update those carried over from the Sixth Senate.

The senator however made it clear that such requests cannot be granted by the National Assembly. According to him, “We are supposed to make laws for the good governance of this country and in doing so, as part of this exercise, what we can naturally do is that, we have 56 requests for state creation. As responsible citizens of Nigeria, we can advise our colleagues on how many states that can possibly be created and that the system can sustain.”

So, where is the unity if so much people want to detach themselves from the states under which they currently find themselves?