The general perception of Nigerians is that there’s endemic corruption in government especially, by the leadership. This view was made known in a Gallup poll just made public which revealed that most Nigerians rate their country’s leadership as the second most corrupt in the world. 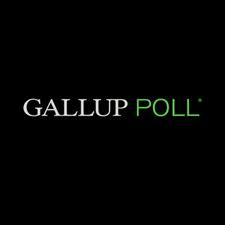 Singaporeans believe their country is the least corrupt in the world. Gallup said last year’s revolutions in Tunisia and Egypt where GDP was rising, indicates that it is not just enough to be interested in GDP and other traditional economic metrics, world leaders need more than that to run their countries. “Economic data are becoming less and less valuable because they tend to be outdated by the time they are made available. More significantly, GDP is less valuable because leaders now need to know much more than what people are spending — they need to know what they are thinking; GDP isn’t enough if you are watching for instability,” said Jim Clifton, Gallup Chairman and CEO.

“All institutes worldwide knew GDP was rising in Tunisia and Egypt. They knew what 11 million Tunisians and 80 million Egyptians were buying and selling — but they didn’t know what they were thinking,” Clifton added.

Clifton said GDP isn’t enough if leaders are trying to figure out levels of hunger, hopelessness, or suffering, adding that the United Nations did not see those revolutions coming, neither did the World Economic Forum (WEF), nor the World Bank.

“The U.S. spends tens of billions on intelligence— and it missed those revolutions too,” Clifton said.