The candidate of the Republican Party in the just-concluded presidential election in the United States of America, Mitt Romney, said at a conference call with donors, on Thursday, that Barack Obama won the 2012 presidential campaign because of “gifts” given by the administration to black, Hispanic and young voters. 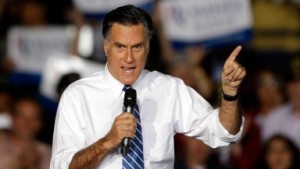 “The President’s campaign focused on giving targeted groups a big gift, so he made a big effort on small things. Those small things, by the way, add up to trillions of dollars.” Mr Romney said.

He said moves like the president’s healthcare reform legislation and a decision to suspend deportation of certain illegal immigrants who came to the country as children proved “highly motivational” on Election Day.

Mr Romney also said he had “gotten beat up pretty bad” on issues including his immigration stance and personal wealth.

“I am very sorry that we didn’t win,” Mr Romney told the donors. “I know that you expected me to win. We expected to win. It was very close, but close doesn’t count in this business.”

“We need to stop being a dumb party, and that means more than stop making dumb comments,” added Jindal, the RGA’s incoming chairman.

The need to reorient and rebuild the party was a major topic of conversation at the governors’ meeting. Among the top concerns was the party’s failure to attract Hispanics, the fact that its voter turnout operation did not live up to expectations, its flatfooted response to Obama’s attacks on Romney and its misplaced optimism that Romney would win.

At one session, former Mississippi governor, Haley Barbour laid out the need to take an ungentle approach to fixing those problems: “We’ve got to give our political organization a very serious proctology exam. We need to look everywhere.”

Mr Jindal and other governors insisted that putting the party back on track does not mean betraying its traditional principles.

Added Wisconsin’s Scott Walker, who survived a recall effort earlier this year: “It’s not that our beliefs are wrong. We’re not doing an effective enough job articulating those beliefs.”

The White House on Friday rejected Mr Romney’s remarks that President Obama owed his re-election to “gifts” he showered on women, African American and Hispanic supporters.

Mr Obama’s Spokesman, Jay Carney told reporters that Romney’s “view of the American people and the election is at odds with the truth of what happened last week”.

Obama garnered 51 percent of the popular vote to Romney’s 48 percent, and won decisively in the state-by-state Electoral College, where he earned 332 votes to Romney’s 206.

Asked about these remarks by reporters aboard Air Force One, Mr Carney defended President Obama’s social measures as “good for all Americans” and “good for the economy.”