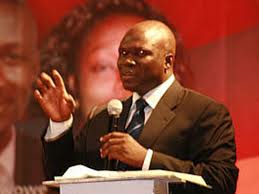 A statement emerging from the office of President Goodluck Jonathan has directed the governors of Rivers and Bayelsa states as well as elders and leaders of the host community involved in the dispute over oil wells to cease media hostilities pointing out that the escalation in the media war would not help in the peaceful resolution of the dispute.

This was conveyed in the statement issued by the Special Adviser to the president on Media and Publicity, Dr Reuben Abati. According to the president, the media campaign is not only unbecoming, it was also unnecessary and unhelpful to the reconciliation process.

The statement reads: “The Presidency has noted with concern the rather unbecoming, unnecessary and unhelpful media war between the Bayelsa and Rivers State Governments over the rightful ownership of some oil wells.

“The Presidency believes that this media war which appears to be escalating with each passing day can only hinder and negate efforts already initiated by President Goodluck Ebele Jonathan to achieve an amicable resolution of the dispute in the best interest of the affected communities, the two states and the nation.”