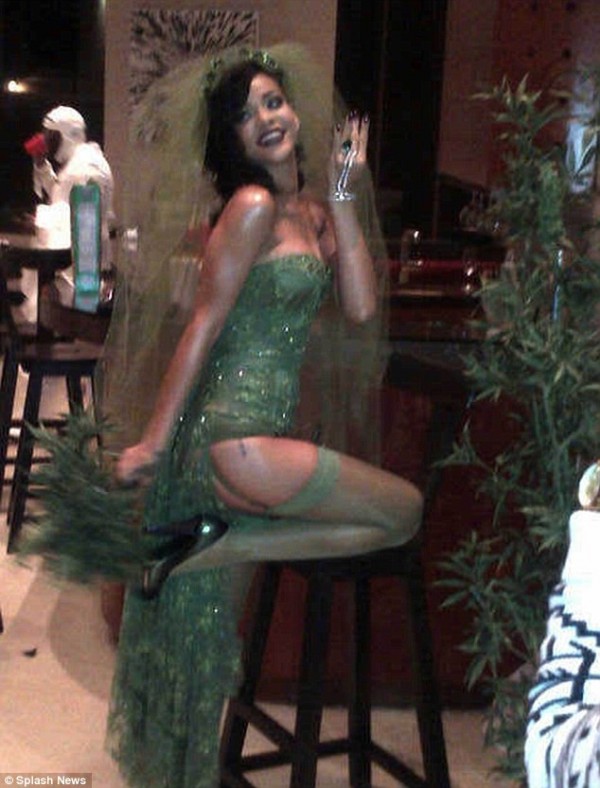 Rihanna threw a Halloween party to remember on Wednesday night and made sure she was the belle of the ball in her all-green ensemble.

Proving how close they now are, Rihanna’s former boyfriend Chris Brown stopped by the party, going down the bad taste route dressed as a gun-toting Arab man complete with ammunition and thawb.

It is unclear if Chris was supposed to be a Sheik or some kind of terrorist, but his costume is sure to have raised some eyebrows.

He posted the picture on his Twitter account with him and his friends all wearing similar outfits and holding up toy machine guns and pistols. Their costumes, which included long fake beards, were seemingly an effort to look like stereotypical terrorists.

And the following morning, Rihanna decided to show off the signs of her eventful evening by uploading a topless picture of herself to her Instagram account.

The caption which accompanied the picture read: ‘The morning after! Hello November’.