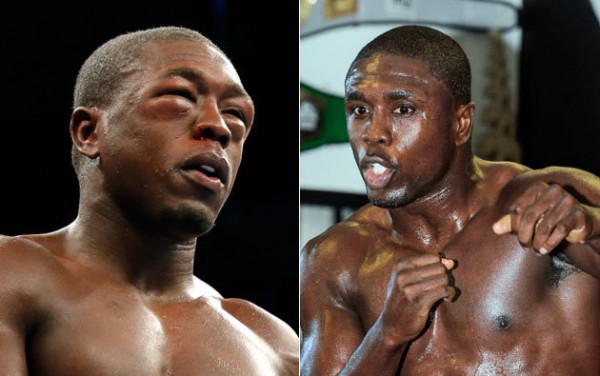 A lot of people enjoy watching the game of boxing. But the same definitely cannot be said of the people who participate in the game. The picture above presents one of the reasons why boxers are very unlikely to enjoy the game like those watching it.

Whether you believe it or not, the two pictures above are those of one and the same person. And he is no other than Haitian-American Andre Berto, former 147-pound welterweight champion. The picture on the left above shows what Berto looked like after taking a merciless 12-round beating at the gloves of fellow American (but of Mexican decent) Robert Guerrero, popularly known as The Ghost, on Saturday night.

Guerrero won on a unanimous decision, and is now 31-1-1 with 18 knockouts. Berto is now 28-2, and gave almost as good as he got, impressive for a guy who fought most of the fight with his right eye swollen shut. “I did tell Andre I was going to beat him down, so I had to be a man of my word,” Guerrero said afterward, and that photo above is evidence of that. “But he did defend himself like a true champ.”

Meanwhile, Berto mcomplained about the officiating: “He was coming in, grabbing and holding me. Every time I tried to get off, the referee kept warning me for shots,” he said, but was gracious in defeat: “At the end of the day, Robert fought a good fight and he got the win.” The judges saw it the same way, unanimously scoring it 116-110 in favor of Guerrero.