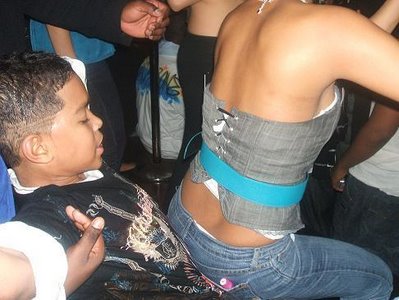 South Glens Falls Police Chief Kevin Judd says photos on social networking sites were given to his department by people concerned about the Nov. 3 party.

At least one image shows a scantily clad, tattooed woman clinging upside down to a seated teen as others look on.

Murphy said Thursday that investigators are trying to determine who hired the dancers and if the bowling alley venue served alcohol to any of the 80 adults and teens.

A man at the Spare Time bowling alley says he can’t comment. [AP]