Former President Olusegun Obasanjo has been congratulated by President Goodluck Jonathan on his appointment as the Country Representative for Queen Elizabeth Diamond Jubilee Trust. 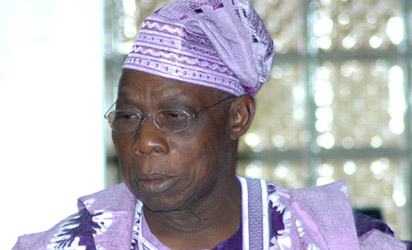 This is contained in a statement issued on Thursday in Abuja by Dr Reuben Abati, the Special Adviser to the President on Media and Publicity.

Abati said that the President in a congratulatory letter, expressed confidence in Obasanjo on the “new honorific position”.

The President said that Obasanjo would ensure that the trust generated the resources required to fund legacy projects in the name of Queen Elizabeth through his wide network of contacts across the Commonwealth.

Jonathan said he considered the appointment, not only a personal honour to the former President, but also to Nigeria as a country.

He wished the former President success in his new endeavours. (NAN)

A man identified as Solomon is currently on the run after stabbing his lover to death. Solomon, it was gathered, stabbed his girlfriend, Patience Zakkari...
Read more
- Advertisement -