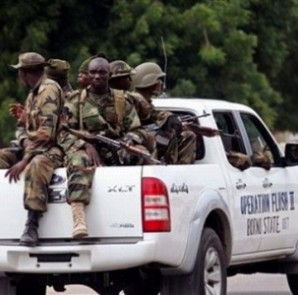 A serving senator in the country believes that security agencies set up to check terrorism in the country have actually wrecked more havoc than the terrorists themselves. The Senator is none other than the Chairman of the Senate Committee on Housing and Urban Development, Bukar Ibrahim, representing Yobe East Senatorial District. He has accused security agencies of mass killing while fighting insecurity in the northern part of the country.

While contributing to a debate on a motion on insecurity in Zamfara State on Thursday, Ibrahim said the security agencies were the number one killers in terms of number. The Senate has however asked its committees on National Security and Intelligence and Defence and Army to look into the allegations raised by Ibrahim.

Ibrahim had said, “Security agencies are the number one killers in terms of number. I am surprised the other day when the Chief of Army Staff said Boko Haram killed 3,000. The security agencies have killed a lot more than 3,000 since this thing started… On the first day that this crisis erupted in Maiduguri, over 5,000 people were killed. Boko Haram is just like any other religious sect, it has existed for ages. It is not a new phenomenon altogether, but it is the activities of particularly the police who pushed the Boko Haram people to the wall by killing their leaders and killing thousands of other innocent people.”

But President of the Senate, David Mark, rose to the defence of the military, saying that it was always a difficult task for the armed forces when tasked with the challenge of internal security.