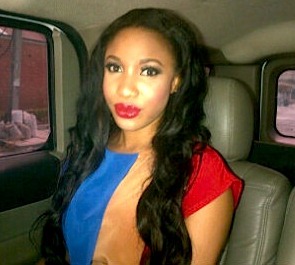 ‘Hi’ and ‘‘Itz ova’ crooner, Tonto Dikeh has once again found her way into the headlines. The actress/singer who was billed to perform at the Best of Nollywood Awards was said to have failed to show up for reasons best known to her. The guests who turned up at the Best of Nollywood Awards, just to watch actress-cum-singer Tonto Dikeh perform, were disappointed, as she failed to show up. The controversial star was billed to perform along with Capital FEMI, but despite the fact that the event was to honour movie stars, the 27-year-old was not spotted anywhere near the venue till it ended. The organisers are yet to comment on the matter. And Tonto herself has not given an explanation or taken to Twitter to talk about the matter yet. If she had turned up and performed, it would have been her first ever public performance, since she ventured into music and released two singles, ‘Hi’ and ‘Itz ova’. Her fans would definitely like to know her reasons for failing to appear for the event as she seemed very sure of herself. Common girl! Where did all the confidence go?