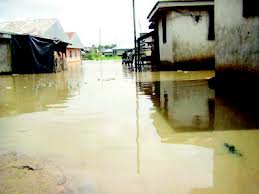 So that Nigerians and every other concerned person might know, the UN Office for the Coordination of Humanitarian Affairs (OCHA) has requested for $38 million to respond to the crisis of widespread flood in some parts of Nigeria. According to a report prepared by OCHA at the UN Headquarters in New York on Friday, the disaster has raised the risk of disease outbreak and food shortage among the affected people.

Earlier in the week, the National Emergency Management Agency (NEMA) had said that 2.1 million people had been officially registered as internally displaced persons (IDPs), while 363 people were said to have been killed since July when the flood started building up.

Apparently working with this report, the UN Office said that more than two million people had been driven from their homes by rising waters of the River Niger.

According to OCHA spokesperson, Jens Laerke, “The response plan targets 2.1 million people who are in need of assistance in a number of humanitarian sectors, such as water and sanitation, food, shelter material, and non-food items, such as mosquito nets and kitchen sets… Majority of those displaced are living with host communities; some are in camp-like settlements and others in public buildings such as schools… Many of the people affected by flood have been robbed of their livelihoods,” Laerke said.

Should this request be granted, those in position to administer it are expected to do so judiciously.