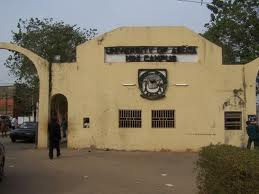 The University of Abuja has been closed indefinitely following two days of student protest over the non-accreditation of some faculties in the institution.

The students began the protest on Monday following the inability of the university management to meet up with the six months period given to it to accredit some of its courses.

The courses are engineering, medicine and veterinary medicine.

In a circular on Tuesday, the Registrar, Malam Mohammed Moddibo, said the closure followed protests by students of the institution.

He directed the students to vacate their hostels before 4 p.m., adding that the move would ensure security of lives and properties in the university.

The students had blocked the Abuja-Lokoja Road at Gwagwalada, leaving many motorists and travellers stranded for hours.

But the police were called in and succeeded in reopening the road after several hours.

Meanwhile, the National Universities Commission (NUC) on Tuesday said it was awaiting an official report from the Vice-Chancellor of the University of Abuja, Prof. James Adelabu, on the accreditation issues facing the institution.

The Executive Secretary of the commission, Prof. Julius Okojie, spoke in Abuja after the closure of the university.

The closure has affected the institution’s second semester examinations which should have started on Monday.

“That is, he will have to report officially to the NUC on what has happened and not just what we are seeing in the media.

“It is only after that the NUC can take action based on the report,” he said.

On April 3, the Federal Ministry of Education announced the suspension of four academic programmes of the university, namely medicine, veterinary medicine, engineering and agriculture.

The Information Officer of the university, Mr Waziri Garba, however said that the decision to close the university was taken by the management to prevent the situation from getting out of hand.

He said the protest came as a surprise to the university management in spite of all efforts to ensure the accreditation of all the faculties as promised by the Vice Chancellor.

He noted that the accreditation of the Faculty of Engineering was capital intensive, adding that the process of inviting the NUC for resource verification had been concluded and that the commission was being awaited for the exercise. [PMN]