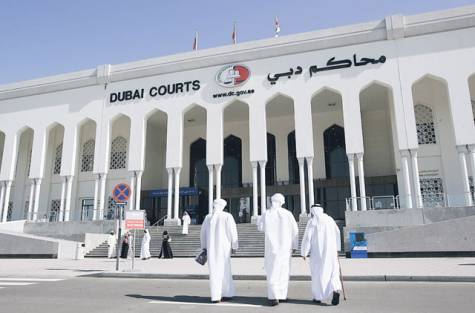 A Dubai watchman who tried to end his life by drinking a carbonated beverage in which he mixed insecticide has admitted that his wife’s sudden death had led him to his second failed suicide attempt within a year.

Prosecutors charged the 30-year-old Indian national, with attempting suicide by consuming a soft drink in which he had emptied a canister of insecticide. The defendant, who was also accused of consuming liquor, confessed to the charges.

“Yes I am guilty. I mixed Pif Paf with my Pepsi and drank it in an attempt to end my life,” he told the Dubai Misdemeanour Court on Sunday.

According to records, the suspect’s wife died two years ago and his friends had earlier intervened just in time to prevent him from jumping off a building in Bur Dubai in 2011.

The charges sheet read that the suspect shook the insecticide canister well to ensure he would not survive the suicide attempt. Swift medical intervention was his saving grace as he spent nearly two months in hospital.

The suspect told prosecutors that he decided to end his life because couldn’t stop thinking of his wife and was unable to get over her death.

“I drank liquor every time I felt low and memories of my wife returned. On the day of the incident, I was feeling very unhappy and miserable. I drank whisky before I purchased the Pif Paf and bottle of Pepsi. Then I mixed both bottles and drank it till the last drop. Shortly after that I started vomiting… I vomited until I fell unconscious. No one encouraged me to commit suicide… and that was my second time. A year ago my friends stopped me from jumping off the roof,” he said.

An Emirati policeman testified that the defendant was in a stable condition when he questioned him in his hospital bed. “He admitted to me that he constantly thinks of his late wife. He also confessed that he failed to commit suicide earlier,” the policeman said.