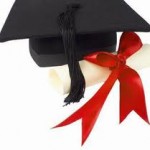 There has been an uprising of new private universities in Nigeria that have produced many recent graduates. These institutions (as well as the older universities within Nigeria) should be merited or ranked in some way so that the educationalists and stakeholders in Nigeria can see where we are on a worldwide scale.

A search on Google produced a page; www.4icu.org/topAfrica which lists the University of Lagos (some may call it Moshood Abiola University) in 16th position in the Top 100 Universities and Colleges in Africa.  Quickly, one can be impressed by the position of’ the Lagos University ‘Web’ Ranking, until close scrutiny is given to the ranking criteria (which is Google search popularity and mentions!)

This criteria is unlike the QS world university rankings, which extrapolates data and use the metrics of Academic Reputation, Employer Reputation, Faculty Student Ratio, Citations per Faculty, International Faculty, in and out bound International Students and Staff with a PhD and other benchmarks to determine its rankings. Therefore, based on each one in their own right, a picture can slowly emerge on why our universities may be quite a long way off being on any ‘top’ list of merit.

Lets just focus on the area of in and out bound international university students in Nigeria. There are over 17,500 Nigerian students studying in British universities this current academic year. The increase is a thousand plus higher than the 16,680 registered in the 2009/10 academic intake. Additionally, Nigeria’s student population is the third highest from non European Union countries, trailing behind India and then China (data gleaned from UK Council for International Student Affairs). The Parliamentary member Iain Stewart,  is quoted as saying, “by 2015 the numbers of Nigerian students in the UK will be 30,000.”   Further, Stewart explained that the international students market was worth nearly 10 billion pounds, and he urged UK politicians and the academic sector to place more importance on the industry.

Possibly, our own Politicians, Educational stakeholders and The National Universities Commission (NUC) should take a leaf from Mr. Stewart’s full speech and the way the UK Government identifies gaps and weak areas or ways forward.  Retention of our nations students who propose to  migrate to other pastures to study is also not effective.  To date, I am yet to see any survey or mass promotion done within Nigeria hoping to retain those leaving secondary school from studies abroad. Primarily it should be a drive targeting parents or schools who have children intent on studying at a university abroad. Normally, at least 5 years before a child is of age for university their parents have the mindset of overseas continuation of studies.

Lets talk about Inbound university students.  The figures for students based overseas purposely leaving  their residence and pining to study at a university in Nigeria is non existent (I have done many a Google search). Any figures possibly may show students coming ‘under duress’ having ‘misbehaved’ overseas and reluctantly were tricked in coming back home.

The question still begs answering, How and what is the way forward for Nigerian Universities to be seen worldwide as attractive for Tertiary studies?