As Nigeria joins the rest of the world in marking world AIDS day tomorrow, December 1, have you been tested for the virus? Do you know your status? If you don’t, help yourself and the AIDS cause by knowing your own HIV Status – testing is free and result known in a very short time, 5-10mins. Visit an HIV Counselling and Testing (HCT) centre today or call, toll free, the National Call Centre on HIV and Related Diseases on 6222 (Airtel and Etisalat networks only). 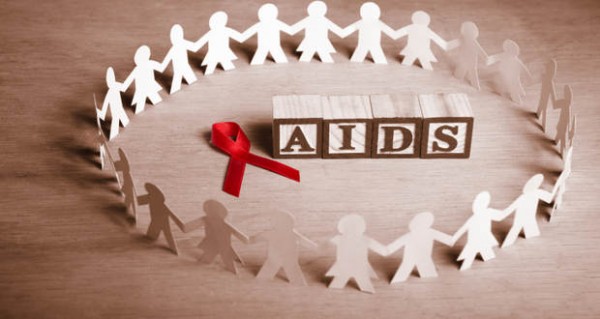 Do you also know that an estimated 1000 new HIV infections occur daily with 100,000 AIDS related deaths recorded annually? (naca.gov.ng). According to the Taraba State AIDS Control Agency (TACA),  2,193,745 children were orphaned across the country by the Acquired Immune Deficiency Syndrome (AIDS) scourge in 2011. What does that tell you? How much you know about HIV/AIDS determines how well you can stay negative if you haven’t contracted the infection and if you are already infected, can live positively.

To commemorate World AIDS Day 2012 which has the theme from 2011-15 as ‘Getting to Zero’ – zero new HIV infections, zero discrimination and zero AIDS-related deaths, we bring you some of the most common myths about the condition; some you already know this, while others are unaware.

Myth 1: One can get HIV by being around people who are HIV+.

The disease can only be transmitted through body fluids like blood, semen or breast milk. HIV cannot be spread through saliva, sweat or by touching. The virus finds it hard to survive when it isn’t living in bodily fluids. So you cannot catch HIV by:

Myth 2: One can get HIV from mosquitoes.

Myth 3: A person who is HIV+ or has AIDS is easy to spot.

No. Symptoms vary from person to person. In most cases, after contracting the virus people experience some flu-like symptoms which then disappear. The condition can lay dormant for years without people realising they have the disease.

Myth 4: The only people who get HIV are homosexuals, sex workers and intravenous drug users. I don’t need to worry.

There’s a common misconception that unless one falls in the above group they can’t get HIV. It was particularly bolstered because the aforementioned groups are high-risk groups who are more exposed to the virus. The fact remains that anyone can get HIV. For example, a normal person can get it from a faulty blood transfusion procedure and everyone needs to remain vigilant.

Myth 5: One can’t get HIV from oral sex

Myth 6: The baby of a HIV+ pregnant mother will also have the infection.

There are less than two per cent chances of the baby being infected with HIV. If the condition of the mother is previously known, ART can prevent the unborn baby from being infected. Whether an HIV mother can or cannot breastfeed is still in a grey research area. One research in South Africa found that babies who were breastfed by their HIV positive mothers showed a lesser likelihood of mother-to-child transmission HIV than the ones who were breastfed and also given additional solids. Others state that HIV positive mothers shouldn’t breastfeed. For the record, the WHO endorses breastfeeding among HIV positive women who are undergoing antiretroviral treatment.

Myth 7: Only people from the lower socio-economic class are affected by HIV/AIDS.

HIV knows no class. Anyone can fall prey to the condition. Participating in risky sexual behaviour like unprotected sex with strangers, unhygienic use of syringes and needled and transmission from an HIV positive mother to child are all possible scenarios.

Myth 8: HIV and AIDS are only caused through sex.

The viral strains can also spread through unsafe and unhygienic usage of needles. This can occur in hospitals, tattoo parlours and in individuals taking intravenous drugs. Also, breast milk from an HIV infected mother can cause HIV in the new born, if breast fed unknowingly. Very rarely, HIV can also spread through deep kissing if either of the persons are HIV+ and have bleeding gums.