Home General News You have no right to sue over $12.4 billion spent during Babangida’s...
Facebook
Twitter
WhatsApp 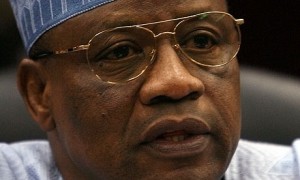 An Abuja Federal High Court has dismissed the suit filed by civil society groups against the Attorney General of the Federation (AGF) and the Central Bank of Nigeria (CBN) over the $12.4 billion oil windfall which the country reportedly made between 1988 and 1992 during Babangida’s reign in power.

The judge in charge of the case, Justice Gabriel Kolawole, delivered the ruling on Thursday in Abuja. He said the applicants lack the locus standi to institute the case. Justice Kolawole however said the plaintiffs should not be seen as busy bodies but patriotic citizens.

It will be recalled that six civil society groups, including the Socio-Economic and Accountability Project (SERAP), sued the Attorney- General of the Federation (AGF) and the Central Bank of Nigeria (CBN) over the much publicised $12.4 billion oil windfall, which the country recorded between 1988 and 1992, while former military President, Retired General Ibrahim Babangida, was in power.

The groups wanted the court to compel the government to release a report of a probe panel headed by Pius Okigbo which probed the spending of the money by the government. The Federal Government raised many arguments against the suit including: that the report was missing, only the AGF could demand for such a report, and the court had no jurisdiction to entertain the suit.