Home General News You have to fire half of the civil service in order to...
Facebook
Twitter
WhatsApp 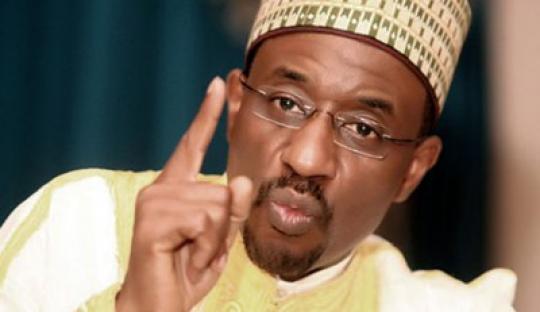 Mallam Sanusi Lamido Sanusi, the governor of the Central Bank of Nigeria (CBN), has suggested that the Federal Government to downsize the labour force if it must achieve anything meaningful as far as economic resuscitation is concerned in the country.

Sanusi made this call during his presentation at the second Annual Capital Market Committee retreat that was held on Tuesday, in Warri, Delta State. To Sanusi, it is illogical for a country to have its economy developed when it spends 70 per cent of its revenue on servicing salaries and gratuities of workers.

In his words “At the moment, 70 per cent of Federal Government’s revenue goes for payment of salaries and entitlement of civil servants, leaving 30 per cent for development of 167 million Nigerians. That means that for every naira government earns, 70 kobo is consumed by civil servants,” Sanusi contended.

The solution, for Sanusi, is that: “You have to fire half of the civil service because the revenue government has is supposed to be for 167 million Nigerians. Any society where government spends 70 per cent of its revenue on its civil service has a problem. It is unsustainable,” he argued.