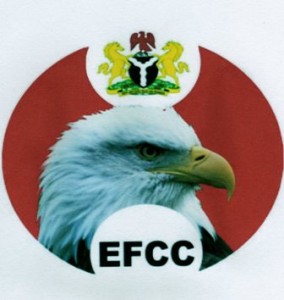 Jagaba made this known at the 2013 budget defence by the agency, saying it was capable of jeopardising the effort of the commission. Jagada who criticised the delay on release of funds by the Ministry of Finance said: “It is even more saddening when funds have been appropriated for the agency in the budget of the federation by the National Assembly and the funds are not released.”

“We are not happy because if truly we want EFCC to work, EFCC must be funded properly. We cannot expect the EFCC to work with nothing. For instance, during the 2012 budget consideration, we discovered that nothing was proposed under Legal Services; the Committee then appropriated N200 million for legal services, but the executive said no to that. We are calling on those saddled with the release of budgeted funds to release the balance of your money under the 2012 budget,” Jagaba said.

Meanwhile, on his own part, the EFCC Chairman, Ibrahim Lamorde, stated that out of the N21.02 billion the commission proposed to the National Assembly, only N9.3 billion was approved by the Budget Office of the Federation, noting that the N11.3 billion cut would affect smooth operations of the agency, adding that “for 2013, the EFCC requested for N6.51 billion for personnel cost, and only N5.8 billion was appropriated by the Budget Office, leaving a short fall of N710 Million. Due to this short fall, the Commission would not be able to meet its personnel cost fully in 2013”.