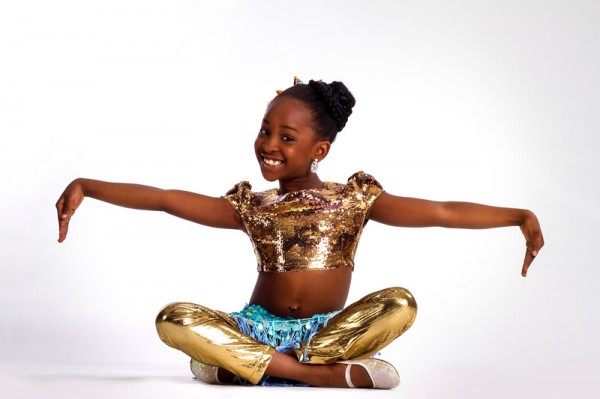 The just concluded Nigeria’s Got Talent reality show produced an eight-year-old winner in Amarachi who shrugged off a fierce challenge from top contender, Violinist Godwin Ogechukwu and eight other finalists to clinch the star prize. Amarachi has disclosed how she plans to spend her N10m star prize.

Amarachi intends to use part of her prize money to help orphans and the needy in the society, and also has a very strong desire to pursue her education abroad in due course.

“I want to study abroad with the money I won and also, I want to help orphans and the needy in our society,” she declared shortly after she was announced the winner of the reality show which was sponsored by Airtel Nigeria.

Mrs. Emike Uyanne who could not believe that her daughter would eventually emerge the winner of the reality show said Amarachi was born to be a star.

“I have always known that she would become a star someday. She is the princess in her school as well as Miss Seven Up in Edo State. So, she has always been an entertainer,” she said.

The show proved the future of entertainment in Nigeria is secure as child stars were dominant in the reality show, taking three of the top four positions.

Many kids showed up for the show but could not go beyond the auditions. However, a few others like 11 years-old singer, Raji Oluwayomi, Dan Samuel Okon, Crystal Core, 12 years old rapper Olayemi John Pelumi made it to the semi-finals while 11 years old singer Oluwatoke Salami and the duo of Jesse and Oghomwen, both 13 and 11 respectively made the top four finalists.

Speaking on the performance of the youngsters on the show, Airtel’s Chief Marketing Officer, Olu Akanmu, said, it was indicative of the depth of talents in the country and the commitment of the operator to create respectable platforms for talent discovery and nurturing.