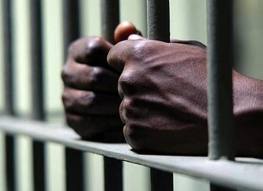 At least 970 inmates in Nigerian prisons are on death row, awaiting their execution. This figure comprises 951 males and 19 females. This, findings have revealed, is as a result of the refusal of successive state governors to sign their execution order.

For instance, as at July 2012, the prisons in Rivers State had 157 inmates consisting of 149 males and eight females on death row. The figure from the state is the highest in the country. Rivers is followed by Delta State, which has 149 convicted inmates, comprising 146 males and three females. Ogun State has 132 condemned felons followed by Plateau State, which has 125 males and one female awaiting Governor Jonah Jang’s execution order.

Also, apart from felons, the prisons have 463 convicts serving life sentence for various crimes. They comprise 455 males and eight females. Of the 51,004 prison inmates nationwide, 33,731 – comprising 32,997 males and 734 females – are awaiting trial inmates.

Meanwhile, the Public Relations Officer of the Nigeria Prisons Service, Kayode Odeyemi, has absolved the NPS of blame for the delay in the execution of inmates on death row. According to him, the service cannot carry out executions without orders from the governors. He said, “How can we carry out executions without executive orders from the governors? We don’t have the power to do that and since the governors are reluctant to sign the death warrants, we have to keep the condemned inmates on death row indefinitely.”