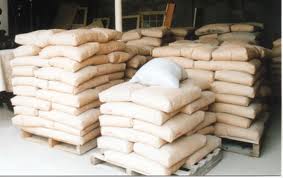 Just as it has just been announced about the importation of raw sugar, the government said importation of cement has been cancelled with a view to promoting local production.

This revelation has been made by the Minister of Trade and Investment, Dr. Olusegun Aganga. Making the disclosure in Abuja, Aganga said the policy which entailed the stoppage of cement importation and the rolling out of a new set of policies that would force down the prices of cement in the country would be in place in 2013.

He added that the federal government made the move in fulfilment of President Goodluck Jonathan’s determination to make Nigeria one of the leading cement exporting countries next year. The minister, who informed that paper work on the policy had been finalised, said the present administration would ensure that the patronage of local goods is patronised by Nigerians as from 2013.

According to him, the acronym of “Buy Naija, create more jobs” embarked upon by his ministry, would not only be boosted next year, but also be sustained to improve the nation’s economy through jobs creation and increased wealth for Nigerians. He then explained that one of the aims of the ministry was to promote the patronage of local products to promote economic growth, create jobs and generate wealth for the populace.