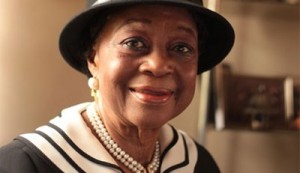 A legal luminary and first female Senior Advocate of Nigeria (SAN), Chief (Mrs) Folake Solanke, has pointed out that in order for corruption to be effectively tackled in the country, the fight has to begin with the judiciary. Solanke made this assertion while giving an address at the special court session in honour of a retired judge of the Oyo State High Court, Justice Waheed Olaifa, at the High Court, Ring Road, Ibadan, Oyo State.

The country’s judiciary was reminded that for the country to rid itself of corruption, it must play a critical role in prosecuting erring members of the public and also be ready to purge itself of all corrupt practices.

Chief (Mrs) Solanke described the special court session as an occasion for judicial officers to celebrate themselves. She invited them to use it also to reflect on corruption and the various forms of injustice facing the society.

She says, “On occasion like this, we should ask ourselves whether we have been true to our professional calling. The Nigerian society is sick and needs urgent treatment. The judicial process is the only method by which erring members of the society can be made accountable and be made to pay the penalty for any wrongdoing. Yes, there is corruption in the land, and only the court can purge the society. But, alas, what about the judiciary itself?” she queried.

She then charged the Nigerian Bar Association (NBA) to “look inward and expose and report corrupt lawyers to the Legal Practitioners Disciplinary Committee” and uphold the culture of discipline that the judiciary is known for as evident in the strict compliance with dress code, appropriate use of language and respect for the bar.