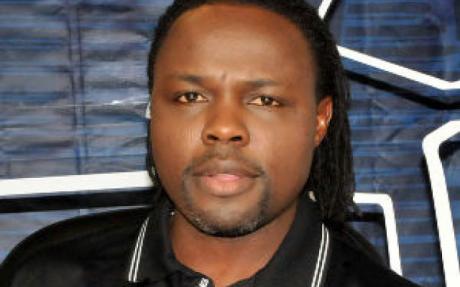 Former Nigerian international, Victor Ikpeba, has expressed disappointment in Osaze Odemwingie’s recent outbursts on Twitter and the attacks on his person by the player.

While denying reports that he also retaliated Odemwingie’s attacks via a psuedo Twitter account bearing his name and image, Ikpeba said, “I don’t have a Twitter account, my organisation, Supersport, knows that. I would rather spend my precious time discussing with my family rather than engage anybody on Twitter or Facebook.”

Ikpeba further decried the bad precedent Odemwingie was setting for future players which he termed ‘dangerous.’

“People close to him (Odemwingie) should advise him. I’m waiting for the federation to issue a statement on this matter. They must take action because this is a dangerous precedent because if they don’t, others will do the same thing in future.

“How can he just go about attacking coaches, ex-players and even his colleagues like that? I played for Nigeria, I was criticised but I moved on. I was not picked for the 2002 World Cup, I moved on. Why can’t he move on,” he queried.

“In life, people will be critical of you, not everybody can agree with you. That is why credit should be given to players like Taye Taiwo and Obafemi Martins.

“They have played for this country for long, but they were omitted and they are not complaining. That’s good behaviour” the Supersport soccer pundit concluded.