To many, reconciling top hip hop stars Wizkid and Davido was thought to be a task that cannot be done but we can authoritatively inform you for free that his uphill task has been achieved as both musicians, Wizkid and his erstwhile arch rival, Davido were reconciled recently in Lagos. 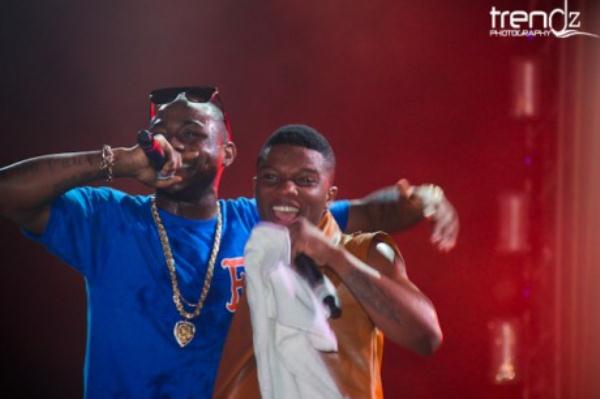 To show their reconciliation, both performed together at the EME’s Baddest concert that was held on Friday 21st of December, 2012 at Ocean view restaurant in Victoria Island, Lagos.

It would be recalled that Wizkid and Davido had been at war for over a year now over who is superior, whose music is better and who came into the industry first among other things.

The fight got messier weeks back when the two released singles dissing each.

Wizkid and his EME’s crew first release a song title “Baddest Boyz” to smite Davido, but Davido eventually replied them with his smash hit single ‘All of You’