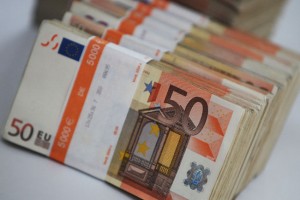 The driver, identified by the Vienna transport authority only as Wolfgang R, was inspecting his vehicle at the end of the line when he found the bag in a seat behind the driver’s.

“At first I thought it was shopping or medicine,” the Krone newspaper quoted him as saying. However, when he opened the bag he found a collection of 500-euro notes staring back at him.

Police in the Austrian capital used a bank deposit slip inside the bag to trace the owner. There was no word on whether the woman had given the honest driver a reward.