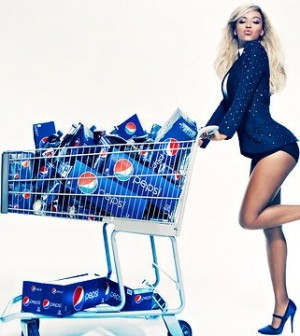 Late Sunday Dec. 9, beverage giants, Pepsi, hit the newswires with word of a mega-lucrative deal with Beyoncé, taking the 10-year-old partnership to a new global level.

The New York Times describes it as a “hybrid project with Beyoncé that will include standard advertising like commercials as well as a multimillion-dollar fund to support the singer’s chosen creative projects.”

“Pepsi embraces creativity and understands that artists evolve,” Beyonce said in a statement. “As a businesswoman, this allows me to work with a lifestyle brand with no compromise and without sacrificing my creativity.”

For now, the brand has simply said that “Beyond the partnership with Beyoncé, we are using our global scale and scope to create a platform to support multiple country-specific Pepsi musical artists.” The most likely interpretation is that they don’t want to be thought of as a company that is paying hired guns to promote the brand, but are moving more toward a social interaction with artists.