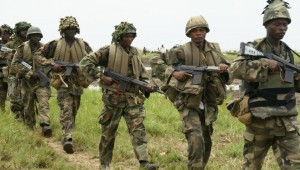 As it is already well known, Nigeria is fond of playing the “Big Brother” role on the continent, especially when it comes to sending troops to other African countries on peacekeeping missions.

According to the Army spokesperson, prior to the unit’s induction into the mission, the troops were since November exposed to rigorous training sessions within the cantonment. The Public Relations Officer added that the men and the officers have gone through a three-week pre-deployment training package to enhance their performance at the mission in Nigerian Army Peacekeeping Training Centre from December 15 to January 7, 2013 before their departure to Darfur.

The nominated men and the officers would be in Darfur from January to June 2013. Advising the public to remain calm over the troop movement, the Army spokesperson said the sight of the mass movement of troops out of Akure to Jaji, Kaduna is for the pre-deployment training.