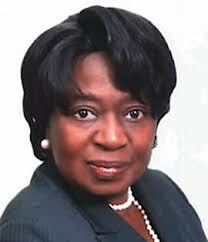 Minister of State for Defence, Mrs Olusola Obada, has said that the Federal Government has not ruled out dialogue with the Boko Haram sect, provided the members are ready to come out from their hiding places. The minister made the disclosure while welcoming the Canadian High Commissioner to Nigeria, Mr Chris Cooter and the Canadian military attaché, Colonel J.G Savard in her office.

Obada asked the Canadan government to assist in taming the menace of the terrorists in the country even as she warned terrorists in the northern part of Mali to embrace dialogue or face the wrath of ECOMOG Force. She also explained that as much as the government is ready and willing to use dialogue to restore peace to the part of the North where the sect is unleashing mayhem, the leadership of the Boko Haram sect has not helped matters by staying underground.

According to her, “For our local problem, we even believe that some of the elements over there in Mali are having an influence here. We shall be happy if you can assist in training troops. We are hoping that all these things will become a thing of the past.

“As much as we aspire to bring things under control or eradicate them, we also believe that if these people are known, there is nothing stopping us from dialoguing with them. But for now, we don’t know them but you can be assured that the president and the government are not averse to bringing peace to the country through dialogue. So we are not closing that option,” she asked.