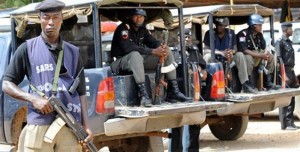 On Christmas Day, there was heavy security presence in the majority of churches in Osogbo, the capital of Osun State, as officers of the anti-bomb unit of the Nigeria Police, Osun State command, frisked worshippers and vehicles at the entry points of worship centres.

This development has been reported to be linked with reported plans by the dreaded Boko Haram terrorist group to unleash coordinated attacks on churches, telecommunication installations and other government facilities in the country.

Even though, Osun State was not listed among the 10 states spotted as potential targets by the militants, detachments of mobile policemen patrolling streets and mounting security in churches were part of the strategies aimed at nipping in the bud any attack in the state. The armed security personnel were also spotted in various hotels, brothels and eateries within the state capital. The efforts of the police were complemented by men and officers of the Nigeria Security and Civil Defence Corps (NSCDC), who were also seen in relaxation centres across the state, especially in the state capital.

Meanwhile, commenting on the development, the state Commissioner of Police, Mrs Kalafite Adeyemi who spoke through the command’s Public Relations Officer (PPRO), Mrs Folashade Odoro, said the police had perfected all arrangements to ensure effective security of life and property during the yuletide and New Year celebrations.