Senate President David Mark and Speaker of the House of Representatives, Aminu Tambuwal have called on Nigerians to work towards a united Nigeria as they celebrate Christmas. 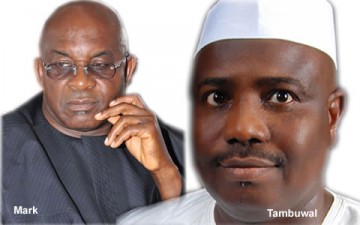 The lawmakers in their goodwill messages on Monday, congratulated Christians for witnessing another Christmas.

Mark said, “Christmas is a season to give and expect little in return. It is a time to preach peace and exemplify it in line with the coming of Christ.

“For us as a people, this is the time to forgive, be more united and forge ahead in our onerous task of building a very strong and vibrant nation which will be a pride of all Africans.”

In a statement by his Special Adviser on Media and Public Affairs, Imam Imam, Tambuwal said, with renewed faith, commitment and hardwork, the country would realise its full potential.

According to him, the Christmas period is a time for deep reflection on the teachings of Christianity and what Jesus Christ stands for.

In his Christmas message, Deputy Senate President, Ike Ekweremadu, called on Nigerians to see the season as a time for sober reflections and return to the path of love and forgiveness.

He said, “We should never lose sight of the fact that our founding fathers considered our diversities, but nevertheless saw in them strength and opportunity to build a virile, stable, and prosperous nation when they insisted that though tribe and tongue may differ, in brotherhood we stand.”