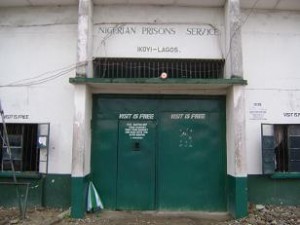 Justice Phillips had on Sept. 18 released 233 inmates from the Kirikiri Medium and Maximum Security Prisons in Lagos.

Speaking during the release, Meleb said he was awaiting trial over alleged murder since 2008 and that he had yet to be charged to court.

The chief judge ordered the release of the inmates during her visit to the prison.

She said the gesture was aimed at decongesting the prison in order to alleviate the sufferings of the inmates.

Phillips admonished them to be of good behaviour and make positive impacts in the society.

“Today, I release you from prison custody and I admonish you to go and sin no more,” she told the elated inmates.

Phillips also commended various non-governmental organisations, especially the Christian Lawyers Association (CLA) and the Zarafat and Knights of St. Mulumba (KSM), for their contributions to the welfare of the inmates.

Bamidele charged the freed inmates not to betray the confidence reposed in them, adding that they should strive hard to contribute their quota to the betterment of the society.

The Deputy Controller said: “The fear being nursed about releasing awaiting trial inmates is that crime will increase.

“However, I want to allay that fear because the people being released today have been properly reformed and trained in various areas.

He appealed to Nigerians to give them a second chance, noting that stigmatisation of ex-inmates was a major obstacle to their rehabilitation and re-integration into the society. [VN]