Home Lifestyle Danger looms if Nigeria does not address the problem of unemployment as...
Facebook
Twitter
WhatsApp 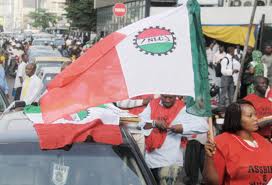 Labour leader and Vice-President, Nigeria Labour Congress, Mr. Issa Aremu, has called on all governments to tackle the scourge of unemployment to avoid imminent danger in the nation. Aremu, who was the keynote speaker at the 2012 Summit of HR Guide – an indigenous magazine, in Lagos recently, described Nigeria’s level of unemployment as very worrisome.

He continues: “But time is running out and we are now seeing the level of desperation, because in the past, you can mention the number of armed robbers, where one or two persons are involved. But now it is a whole group or a whole army. The youths have agreed now that robbery is a way of life and that tells you that we are really in danger in the country. So I think we need to do something about this, although I strongly believe that there is hope.”