Producer extraordinaire and CEO of Mavin records, Don Jazzy, flung open the doors of his PoP night club to the public last Friday in the Victoria Island area of Lagos.

The club formerly known as ‘Club 10,’ and owned by mercurial midfielder, Austin ‘Jay Jay’ Okocha, was bought by the award winning producer for an undisclosed sum thus signaling a new ownership and brand name.

It would also be recalled that Don Jazzy’s ex-business partner and friend, Dbanj, also opened his own night club, one Eleven, on Victoria Island on Friday 14th December and even though some see the move as a sign of competition between the duo, insider sources maintain it is a mere coincidence borne of an entrepreneurial spirit as they are both extending their business interests. 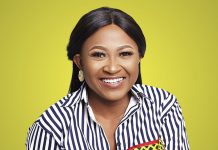