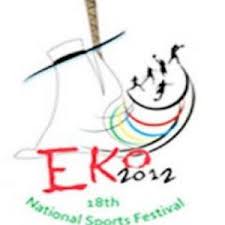 As the curtains for the 2012 National Sports Festival tagged ‘Eko 2012’ falls this weekend, organizers are leaving no stone unturned in ensuring that just like the spectacular opening ceremony, the world will witness a closing ceremony that would linger in the memory for a very long time.

Secretary of the Local Organising Committee, Kweku Tandoh has said the closing ceremony will be a spectacular celebration of Lagos culture.

In his words, “the closing ceremony of such event is usually a bit more carefree in terms of it being more fun, more of a party and more of a carnival-like atmo-sphere.”

He continued, “the LOC is putting together a closing ceremony that would remain in the minds of Nigerians and even the rest of the world. All I can say for now is that we are going to have a lot of musical acts like Wizkid, Wande Coal and efforts are being made to get one or two others that would be added.”