Enebeli Elebuwa is dead! The veteran actor passed away wee hours of this morning after battling the effects of a stroke for sometime and undergone treatment at some hospitals in Nigeria before being moved to India. 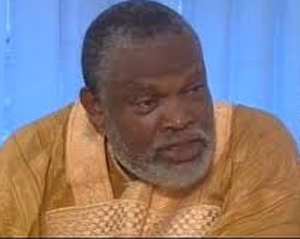 Some weeks ago the actor had bravely declared that he was getting better when some indigenes of Ndokwa community of Delta State who live in New Delhi paid him a visit in hospital.

He said, “He fought gallantly. He was a great actor. We all called him Andrew but unfortunately, he has checked out.

Controversial male barbie, Bobrisky real name Idris Okuneye has revealed that she is a very stubborn person and that her bestie, Tonto Dikeh is...
Read more

Nollywood actress Foluke Daramola has allegedly lost ''another pregnancy'' due to psychology trauma she suffered from waking up to hear that her marriage has...
Read more