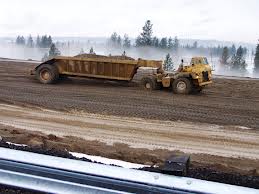 The Managing Director, Federal Roads Maintenance Agency (FERMA), Mr Gabriel Amuchi, has said that the “zero potholes” target set for the festive period on critical Federal Highways, is on course and achievable. Amuchi gave the assurance on Monday in Abuja while briefing newsmen on the state of federal roads.

The FERMA boss said the Agency and the Federal Ministry of Works were working closely on the “Operation Zero Potholes” and Safe Passage programmes. According to him, a nationwide assessment conducted by a task force mandated by FERMA indicates that a number of roads had been fixed and were in good shape.

Work is also ongoing on other roads in the country. His words: “Our current operations are targeted at sealing up minor potholes and cracks that were not major threats at the inception of the operation… With all very dangerous potholes now eliminated, the current focus is to implement the agency’s policy of continuous maintenance to achieve all year-round serviceability of these critical roads henceforth,’’ he said .

He also added that the acquisition of the `FP5′ Pothole Patcher as well as establishment of FERMA cold asphalt production plants in Kaduna and other centres in the country, would revolutionize road maintenance operations: “It has given engineers and technicians the confidence to work seven days a week.’’

He said FERMA would acquire bigger capacity asphalt blending plants and establish cold asphalt production centres in all the states of the federation to make road maintenance easier, cheaper and more effective. Amuchi said that the monitoring team set up by the Agency would ensure full implementation of the Zero Pothole programme and ensure that the goal was attained