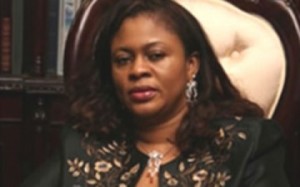 There are indications that the Federal Government will impose stringent measures on private jet owners and charter aircraft operators to avert disaster in the general aviation section, investigation by our correspondent has revealed.

This, it was learnt, was the outcome of an emergency meeting between the Minister of Aviation, Mrs. Stella Oduah, and heads of the aviation agencies, with some top players in the aviation sector in Abuja last Wednesday.

The minister reportedly said at the meeting, which ended around 3am, that there was need to look deeply into the operation of the general aviation sector, which involves private and chartered aircraft.

Part of the measures, it was learnt, would include imposing heavy sanctions on any non-compliance with standard safety procedure.

A source at the meeting said the new arrangement would also forbid pilots of private and chartered jets from flying above the normal flying hours to avoid any accident occasioned by fatigue.

“So, nothing will be taken for granted in the general aviation sector now,” the source said.

The recent Naval Augusta crash in Bayelsa State, it was learnt, brought the issue to the front burner.

The development also followed the increasing number of private jets and chartered aircraft, including helicopters in the nation’s airspace.

Although the crash in Bayelsa involved a military aircraft, which Nigeria Civil Aviation Authority and the Ministry of Aviation had no regulatory power over, the civil aviation authorities saw the crash as a wakeup call and the need to focus more attention on the operations and activities of lighter aircraft, sources close to the ministry said.

It was also gathered that the recent private aircraft crash involving the Governor of Taraba State, Mr. Danbaba Suntai, made development pertinent.

Consequently, it was learnt that government had decided that the ministry and the NCAA would henceforth pay more attention to the activities of airstrips, heliports, helipads, airports, private jets and chartered aircraft.

“Most of the people that own private jets in Nigeria are big people who ordinarily may not want to obey rules at times. But the minister said that the recent happening in the military circle was also a wakeup call for the civil aviation as well.

“It now means that the Ministry of Aviation and the Nigerian Civil Aviation Authority will be paying more attention to the operators of private and chartered jets/ helicopters in the country.”

The source added that the development could lead to a situation where some airstrips, helipads and helidecks would be re-examined or audited.

The general aviation sector in Nigeria has witnessed tremendous growth in recent years and stakeholders are happy that the sub-sector is attracting more foreign and local investors.

But an aviation industry analyst, Mr. Olumide and Ohunayo, said the latest development was not expected to retard this growth, rather it should strengthen it.