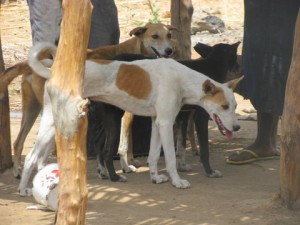 A lot of Nigerians have definitely heard about rabies; especially those who keep dogs. However, very few will know that the disease still kills a lot of people every year. According to Nigeria’s Health Minister, Professor Onyebuchi Chukwu, the disease still kills as much as 55,000 people yearly in underdeveloped countries of Africa and Asia, including Nigeria.

The minister then stressed the need for strategies to improve on surveillance of rabies in Nigeria. He made this call on Tuesday at the opening of the first International Conference on Rabies in West Africa, which was organised by the Centre for Control and prevention of Zoonoses, University of Ibadan, Ibadan, Oyo State in collaboration with the Federal Ministry of Health, Abuja.

The Health Minister, who was represented at the occasion by the Chief Medical Director, University College Hospital (UCH), Ibadan, Professor Temitope Alonge, stated that rabies was a deadly disease that was still prevalent in Nigeria because of poor notification and control of the disease. According to him, the commonest sources of infection are from infected dogs and cats as well as wild animals such as bats, foxes and raccoons.

The Health Minister noted that rabies vaccine were available and that many lives could be saved provided the vaccine was injected within 24 hours following the bite of the animal. He declared: If the rabies vaccine is not given quickly and the rabies virus is allowed to progress, the outcome is almost always death.”