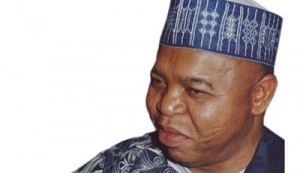 The former Governor of Kogi State, Abubakar Audu, who was recently declared wanted has run before the Abuja Division of the Federal High Court, begging it to invoke its powers and stop the Economic and Financial Crimes Commission (EFCC) from arresting him.

The embattled ex-Governor approached the court shortly after the anti-graft agency declared him wanted. In a counter move, the former Governor, through an originating summons that was entered by his lawyer, Chief Mike Ozekhome (SAN) urged the high court to put an end to what he termed “an abuse of court process” by the EFCC.

Arguing that the action of the agency in declaring him wanted was baseless, Audu, told the court that there was no need to commence any fresh process of investigation and or prosecution against him in respect of his tenure as Governor of Kogi state between May, 1999 and May, 2002, since he had already been charged on an – 80 count charge still pending at the High Court of Lokoja, Kogi State.

It will be recalled that the EFCC had in a statement it issued launched fresh man-hunt for the former Governor over alleged offences bordering on conspiracy, stealing and misappropriation of public funds. The commission, via the said statement signed by its Acting Head on Media and Publicity, Mr Wilson Uwujaren, said its action, “followed the failure of the suspect to respond to invitation”, stressing that, “attempt by the EFCC to arrest Audu at his 32, Sulaiman Barau Street , Asokoro, Abuja residence on December 11, 2012 failed as he allegedly evaded arrest.”

Audu was accused of fraudulently enriching himself to the tune of over N4 billion while he held sway as governor of Kogi State between 1999 and 2003. The move to arrest him followed a Supreme Court ruling of November 23, 2012, which gave the EFCC the nod to go ahead and prosecute the former Governor, after the apex court dismissed appeal seeking to abort his trial, as substantially lacking in merit. Consequently, EFCC, yesterday, implored “anyone having useful information about the whereabouts of the suspect to notify its offices in Abuja, Port Harcourt, Lagos , Kano and Enugu or report at the nearest police station.”