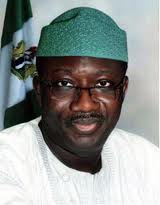 Civil servants in Ekiti State have been warned by the state government to remain politically neutral or face sack. And the government has also insisted that oral and written examinations will remain pre-condition for promotion in the Ekiti State civil service.

This was made known by the state Head of Service, Mr Olubunmi Famosaya, who handed down the warning on Monday while addressing a press conference on the 2012 Ekiti Civil Service Week. He explained that the adoption of performance contracting system by the Federal Civil Service for the promotion of its employees was not binding on the state government.

Famosaya, however, said the civil servants were the “sine qua non for efficient and effective performance or operations of the civil service.” According to him, “it is on this note that I wish to draw attention to the unethical conduct of some civil servants who brazenly engage in partisan politics… for the umpteenth time, let me advise here that any civil servant who wants to participate in partisan politics should throw in the towel, otherwise anyone caught in the unethical conduct shall be shown the way out of service.”

He then commended Governor Kayode Fayemi for initiating reforms in the state civil service, declaring that the governor had no intention to sack any worker that fails any competence test.