Ghana Is The Vanguard Of Democracy In West Africa – Obasanjo 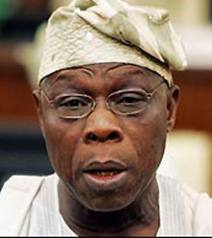 The West African nation of Ghana has been hailed by former Nigerian President, General Olusegun Obasanjo as the vanguard of democracy in the Sub-region, as it embarks on another general election come Saturday,  December 7, 2012.

According to Obasanjo, who is also leading hundreds of African Union/Ecowas Observer Missions to the country, Ghana is reputed for holding a free and fair election and that the mission is in the country to build on the foundation already established.

Welcoming the delegation, Chief Justice Wood noted that the judiciary had formed an election adjudication team to handle election disputes adding that the system was to ensure the speedy and expeditious trial of cases.