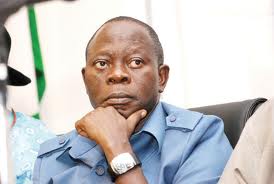 The Edo state government has frowned at the warning travel advisory issued by the Bureau of Consular Affairs of the United States Department of state, to its citizens. The Department had warned U.S. citizens on the risks of traveling to Nigeria, particularly during the Yuletide as there was a high risk of kidnappings, robberies, and other armed attacks and went further to blacklist Bayelsa, Delta, Edo, Plateau, Gombe, Yobe, Kaduna, Bauchi, Borno and Kano states respectively as no go areas.

However, in a reaction contained in a statement signed by the Secretary to the Edo State Government, Professor Julius Ihonvbere, and made available to journalists yesterday in Benin, the government insisted that the state was safe and expressed dismay over what it described as “ laughable that Edo State is on the list.”

According to Ihonvbere “ Our attention has been drawn to a travel advisory issued by the Bureau of Consular Affairs of the United States Department of State which listed Edo State as unsafe for visitors during this holiday season. We find it laughable that Edo State is on the list, and this might suggest that the US Department of State is not in tune with events in Nigeria.

“It beats the imagination of discerning minds that while some states which record violent crimes on a daily basis in the country are excluded from the list, Edo State which has been commended by all, including the World Bank which, through its Country Director, Marie Francoise Marie-Nelly said: ‘Edo State’s social indicators are above the national average’ and which had earlier through her predecessor, Mr. Onno Ruhl said: ‘Edo State is one of the states in Nigeria where the willingness to change is the fastest in Nigeria’, is included in the offensive US list.”