Governor Idris Wada of Kogi State has undergone surgery at the Cedarcrest Hospital, Abuja, for the broken thigh he suffered during the accident involving his car on Friday.

His Aide-de-camp, Mohammed Idris, who died in the accident, was buried in his home town, Zaria, Kaduna State on Saturday.

The Medical Director of CedarCrest Hospital, Dr. Felix Ogedengbe, who addressed a news conference in Abuja on Saturday, said the governor was brought to the hospital at 8pm on Friday without any life-threatening injuries.

According to him, Wada was taken to the theatre after his injuries had been ascertained.

He said, “When the governor was brought in at 8pm, we were told he was involved in a car accident. We checked him and explained the nature of his injuries to him. We also told him about our ability to manage his injuries. He had a broken thigh and he was taken to the theatre. The governor has since stabilised and he had a nice night. He said he does not want to be taken abroad for treatment because he has confidence in our capacity to manage him. There is no immediate need to fly him abroad.”

The doctor could however, not give the possible date when the patient would be discharged, saying Wada needed time to recuperate.

The Special Adviser to the Governor on Media, Mr. Jacob Edi, stated that the news conference was meant to dispel speculations and give the public right information on Wada’s health.

He said the governor was first taken to Kogi Specialist Hospital after the auto crash.

“The governor’s driver is alive and in stable condition. The governor is in a stable condition. I was at the hospital with him throughout the night and we shook hands this (Saturday) morning. He insisted that he would not like to be flown abroad for treatment because he believes in the competence of Nigerian doctors,” Edi said.

The state Commissioner for Health, Dr. Omede Idris, also said contrary to reports that the governor was in coma, Wada had been talking to people.

He said, “The governor is doing very fine; I am not yet in Abuja but he is in a good state. He had his surgery yesterday (Friday) and he never lost consciousness for one second. He is talking to people. I have spoken with him and we are going to his ADC’s burial.”

Meanwhile, our correspondent gathered that Wada’s family members were insisting that it would be better for him to travel abroad.

According to a reliable government source who pleaded anonymity, the family members felt that he would get better treatment abroad and that travelling abroad would also shield him from sympathisers.

The source said, “The family feels the governor will get better treatment abroad since they can afford it.”

It was also learnt that the Kogi State Government had dispatched an eight-man team to Zaria, Kaduna State, to officially inform the family of Wada’s ADC of the accident and the demise of Mohammed.

The government team was led by the Commissioner of Information, Mr. Bologi Yabagi. 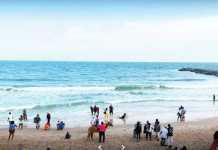