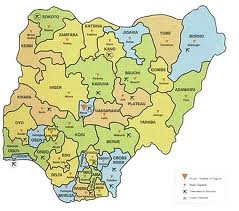 Odinma Igbo, a pan-Igbo political association, has suggested the introduction of six federating units of eight states each in the 1999 Constitution. The group also called for 50 per cent derivation as was the case with the 1963 Constitution.

This was made known by the National Secretary of the group, Chief Maxi Okwu, in a statement issued in Enugu on Thursday.

According to him, “It is our position that the present six geo-political zones be enhanced by making them the constituent units with the centre as the federation. The zones should get constitutional recognition as political and administrative regions. In the first instance the principle of zonal equality must be understood and respected.

“All regions would take off with an initial eight-state structure. Subsequently the six regions shall be left to delineate by themselves without any federal interference the number of states or sub-regional structures making up the region.

“The irreducible minimum of democratic structures at all levels must be respected. That substantial powers shall be devolved to the regions and subsequently to the states in the areas of agriculture, education, health, administrative structure, policing and state security.

“There should be a bicameral legislature at the center and unicameral for the regions and any other sub tier; a system of multi-party democracy that respects the freedom of all Nigerians to freely assemble, and form political parties of their choice with compatriots of similar political orientation.