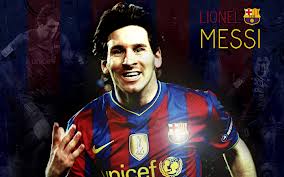 Guinness World Records has officially recognized Barcelona football star, Lionel Messi, as the player to have scored the most goals in a calendar year after netting his 86th goal of 2012. Messi clinched the record after hitting the target twice in Barca’s 2-1 win over Real Betis on Sunday.

The 25-year-old Argentine edged past Gerd Mueller’s long-standing record of 85 – set in 1972 – to set a new benchmark, which includes goals for club and country.

This is coming against the backdrop of fresh claims by the Zambian FA that the record was never Muller’s to be broken, but was rather Kabwe Warriors striker Godfrey Chitalu who scored 107 goals, also in 1972. The five-time Zambian player of the year’s feat was never officially recognised by FIFA, but Zambian officials have approached football’s governing body to have the goals officially recorded.

Apart from that, there have been claims from Brazilian club, Flamengo, that Messi is still one goal shy of the record set by Brazilian Zico, who the club say scored 89 goals in 1979. The midfielder, who played in three World Cup campaigns for the South Americans between 1978 and 1986, scored 81 goals for the Rio-based club, seven with Brazil and one in a friendly. “Messi has not bettered the record,” said Bruno Lucena, a club historian.

Could anything be more than words of encouragement from friends to each other when one of them is down??? It is definitely no doubt that...
Read more

Unified heavyweights champion, Anthony Joshua has arrived Nigeria where he is expected to meet with President Muhammadu Buhari, having made the country proud. The news...
Read more
- Advertisement -