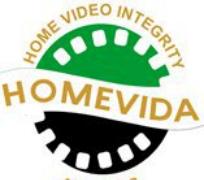 Organizers of the annual Nigerian Integrity Film Awards (Homevida), have added a new twist to the idea of awards as is currently practiced in the entertainment industry of the country by giving out the huge sum of N6 million to the winners of different categories of the awards.

This is very much unlike, for instance, the usual Nollywood awards where winners are only presented with plaques and trophies. At the prestigious Oriental Hotel, Lekki, Lagos, where this year’s edition was held amid gaiety, it was a new era for the industry, as the dignitaries who graced the ceremony commended the organisers’ commitment t and resolve in using the platform to promote core national and corporate values that are the foundation for national building.

Meanwhile, the big winners at the glamorous night included, True Citizens, produced by Elvis Chuks who won in the category of Public Conduct Film Prize backed by the Code of Conduct Bureau (CCB), Who Will Tell The President, by Vitus Nnebue, which also won in the category of Due Process Film endowed by the Bureau for Public Procurement(BPP) as well as Blessing Johnson’s Yahoo Plus, which was adjudged the best film in the Anti-Corruption Film category.

In the short film category, Alexandra Kureáve Hul’s, To Serve With All Our Strength was adjudged the best film under the Public Conduct Short Script, while Not Do Or Die, by Mendhie Emmanuel Imeh won the Due Process Short script award and The Poem, by Frances Okeke (Child Friendly Short Script). Each of the winners smiled home with the sum of N1million.